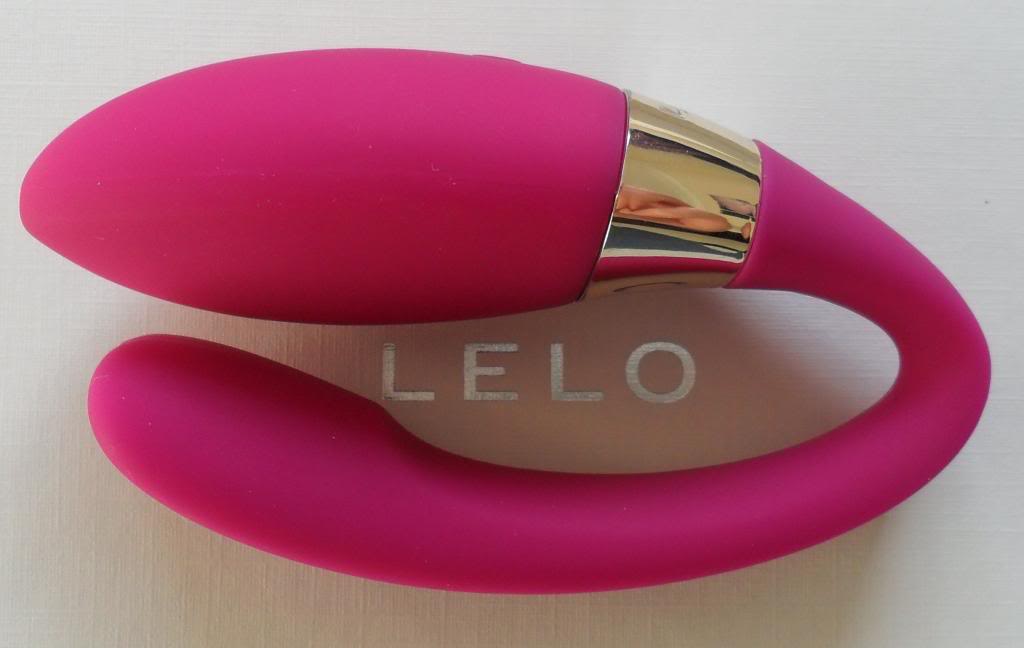 The Lelo Noa is made out of extremely soft almost velvet touch smooth silicone, which is body safe with a gold colored plastic band which has the Lelo brand name stamped into it around the join where the top unscrews from the tail. The screw part on the inside of the toy is solid white plastic with a hole in the middle for the wire to attach for the charger. The Lelo Noa is waterproof, I have received confirmation from lelo that this is the case up to 1 metre. This means that cleaning your Noa should be super easy, I would use a good quality spray sex toy cleaner to make sure that your toy is sparkling and clean and ready for you to use.

The light on the Noa flashes slowly when it is turned on, and fast if the battery is running out. To turn off the Noa you need to hold the power button for 5 seconds which is slightly longer than most vibrators.

The Noa is compatible with the Sensemotion remote control, but you do not get one included with it. If you already have one with another Lelo product you can link it to it, if not you can buy them from Lelo for a reasonable price, I am not sure how well this product works with the remote as I do not have one to try with it.

The best part for me was that when my partner was inside me and just slowly rocking forward and back I orgasmed from clitoral stimulation from the Noa during sex.  I rarely orgasm during sex so it felt great to orgasm while having my partner inside me.  He loved the fact that I orgasmed during sex as well.

I was fairly apprehensive about this toy and didn’t think it would work well at all just because I thought it would be uncomfortable for us and I thought it would slip out too easy.  I was wrong on both fronts.  Overall we both really liked the Lelo Noa, we loved the feel of the supersoft silicone and how flexible it is, the vibrations could be stronger and I think that it could be improved by having a couple more speeds rather than just the one. The vibrations transferred pretty well down the whole of the toy and we both enjoyed this, and the fact that it is almost silent is great.

The Lelo Noa can be purchased from Love Honey.

Previous article
Lelo Nea 2 Review – Is it great or a let down?
Next article
Lovense Hush Review – Does the Hush make you gush?