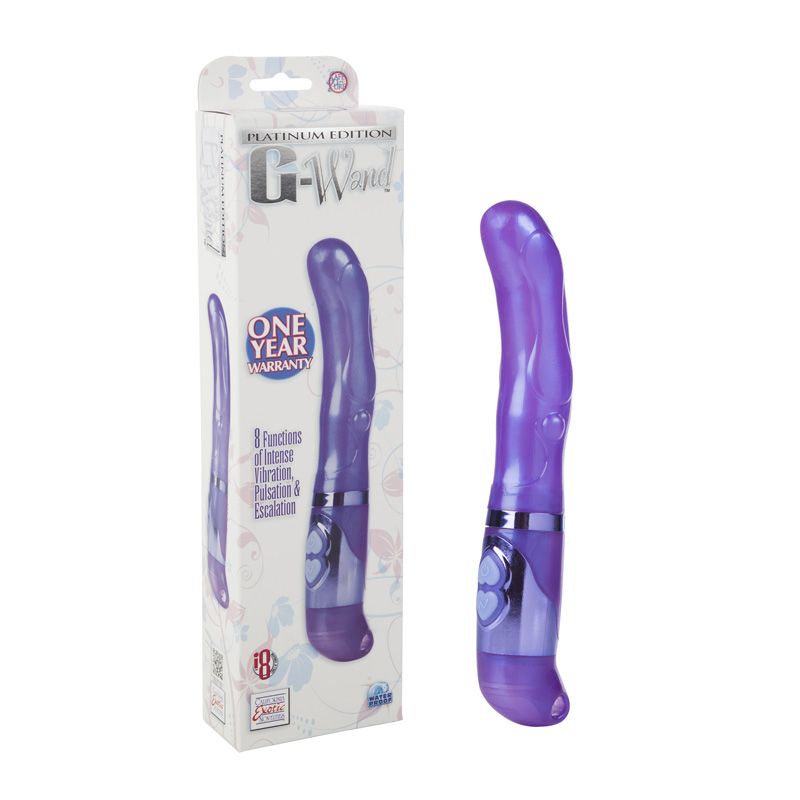 Generally speaking, I don’t use jelly type sex toys, partly because they pick up ever piece of fluff going on, partly because they’re so hard to get really clean because of their slightly pourous nature and also because they tend to have a smell about them that I don’t like, it has a sticky feeling but it doesn’t have the smell that sometimes jelly toys have. The packaging does say that they are free of any phthalates that is always a useful thing, phthalates are the nasties that have been taken out of stuff like baby bottles and teats owing to the reality that they can cause some cancers among other things, so not having them in your sex toys can only be a beneficial thing, I could sit down and go about phthalates all day, but you have a google and I have a google.

Having spent time with this g-spot vibe, I found it strange that it didn’t have a constant vibration pattern, I flicked through the settings again and again and as far as I could work out it had only patterned vibrations of pulsation and escalation, it’s either a plus or a negative dependent on your own preference, I personally missed the constant vibrations, but my partner didn’t. Unlike most or vibrators I’ve tried over the years, this reminds me of the last setting it was on when you turn it off and back on again, I personally like this because it frustrates me when you’ve found a setting you love, but you can’t find it again the next time you turn it on.

The vibrations on the G-wall are of moderate strength, not the strongest I’ve experienced, but far from the weakest, it’s also in the middle when it comes to noise levels, as with a lot of vibrators out there now the problem of battery rattle has been solved, but the sound of vibrations travels quite far so although this is far from a loud toy that I personally wouldn’t want to use with individuals. Your body will muffle some of the noise as it will be used under the covers when used internally. I discovered that the vibrations are focused in the tip of the g-wall, which is just what you would expect with any nice g-spot vibrator, and having a decent force pressing it against the clit is quite efficient as well as using it against the g-spot.

That said, the g-wall is perfectly shaped to be used against the g-spot and it works really well as a g-spot vibrator, the jelly type material is soft enough to allow a good amount of pressure to be exerted without it becoming uncomfortable and since we all know that the pressure combined with the vibrations makes it so amazing, so even though I don’t really like jelly as a material in the c The strong hand is sufficiently big to allow you to maintain a really nice grip on it when you need it, and the buttons are put in a manner that makes it simple to modify the tasks when it is in use without much fiddling.

Overall, I would say that the G-Wand has its positive features and its negative features, on the plus hand it is waterproof and simple to wash, the power of the vibrations is great, it requires batteries that are simple to hold and do not rattle, and the softness of the jelly implies that you can put pressure on it without causing any discomfort, the material also means that you can use it with any lube without the worry of it damaging it on the minus side its jelly and even though the softness is good I still don’t really like it and its stickyness, it is more noisy than I would like and it doesn’t have a constant vibration setting.