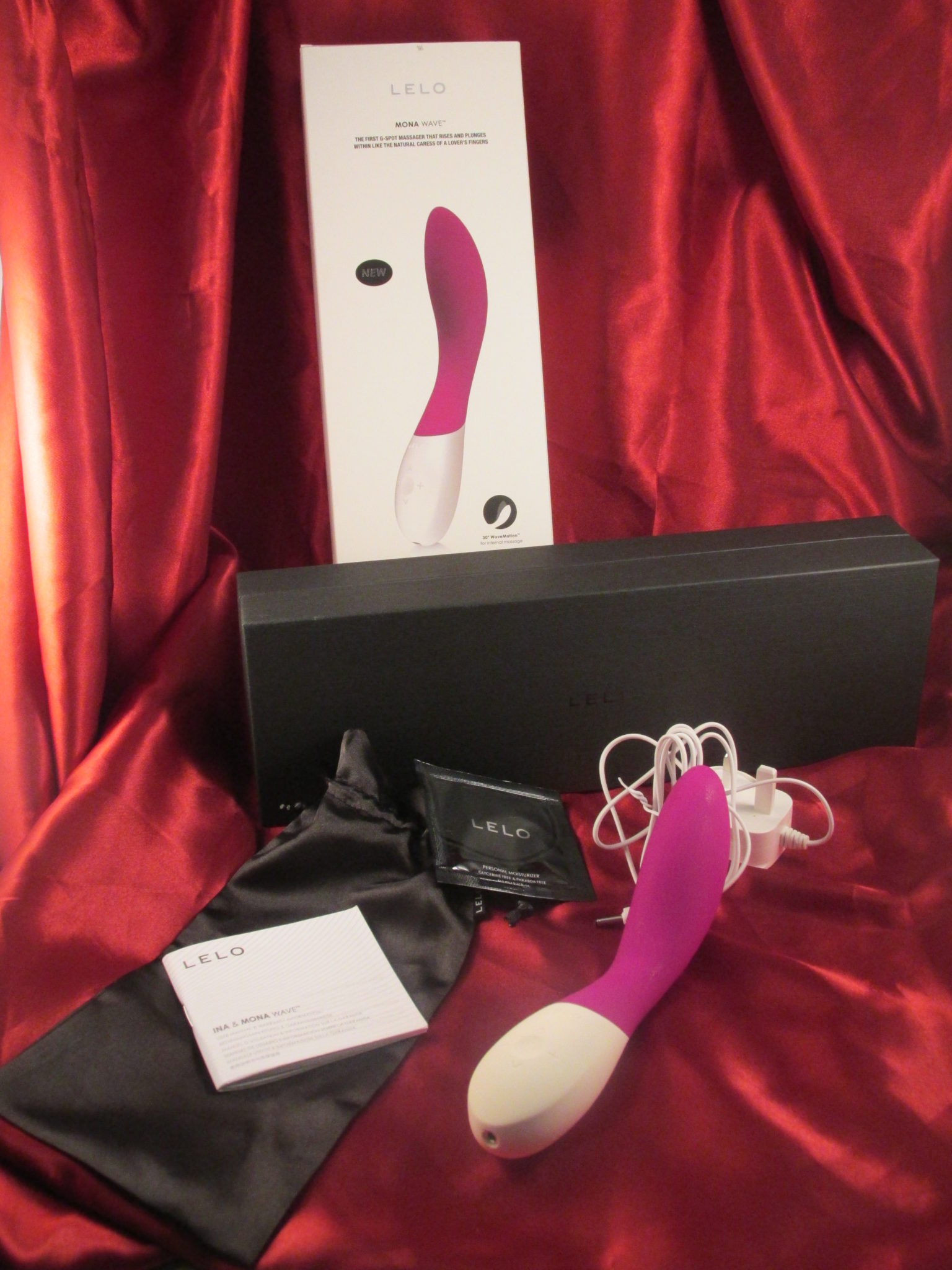 I’d seen advertised everywhere the newly released Mona Wave, It looked amazing, and as such I really wanted to try it. I’d heard outstanding things about the Mona 2, I’ve never had the pleasure of trying one though, so I was extremely excited to be able to review the Mona Wave.

I’m not sure about other reviewers processes, but myself I try not to read any other reviews on an item that I haven’t yet reviewed myself. As in that I already have that item to review, but haven’t yet made up my mind about it, or haven’t yet got around to trying it. I avoid the reviews because I don’t want other people’s opinions to potentially have an effect on my own. However in this instance I did end up reading a review before I’d even tried this toy, I was asked by a friend to proof read theirs; and I have to say it left me feeling a little deflated, any hopes I had for this toy just simply jumped out of the window – and I felt like I was just going to hate it.

On to the review

The Lelo Wave comes in the usual lovely packaging by Lelo, with the black outer box, and the vibe neatly nestled inside. You also get a storage bag, a wall charging cable and a small sachet of lubricant.

The shaft is white – and has a buttons in the centre; There are five buttons in total, the circular button is solely to switch on and off the vibe, this is great! If you share a house and hear someone coming you can just press it and it’ll instantly be turned off, woo no more pressing and holding in for several seconds. You do however have to hold the button in for 2 seconds to switch it on.  The up and down arrow go through the many different modes (10 in total), with the + and – button going through the different speeds.

The new settings on this also have a ‘remember’ factor, so once you’ve found that perfect pattern and switch off the vibe, it will still be on that pattern once you turn it back on. A feature I particularly enjoyed, since there are so many settings! I’d hate to have to go through each one every time I use it, to find the one that works for me.

Although the charging port is exposed it is still fully submersible; so you can play with the Mona Wave in the bath/shower. It also makes clean up a breeze – either clean it with some sex toy cleaner, or pop it in some warm water and give it a thorough wipe down; make sure to clean in-between the handle and shaft though as some gunk may get trapped in there.

How did it perform?