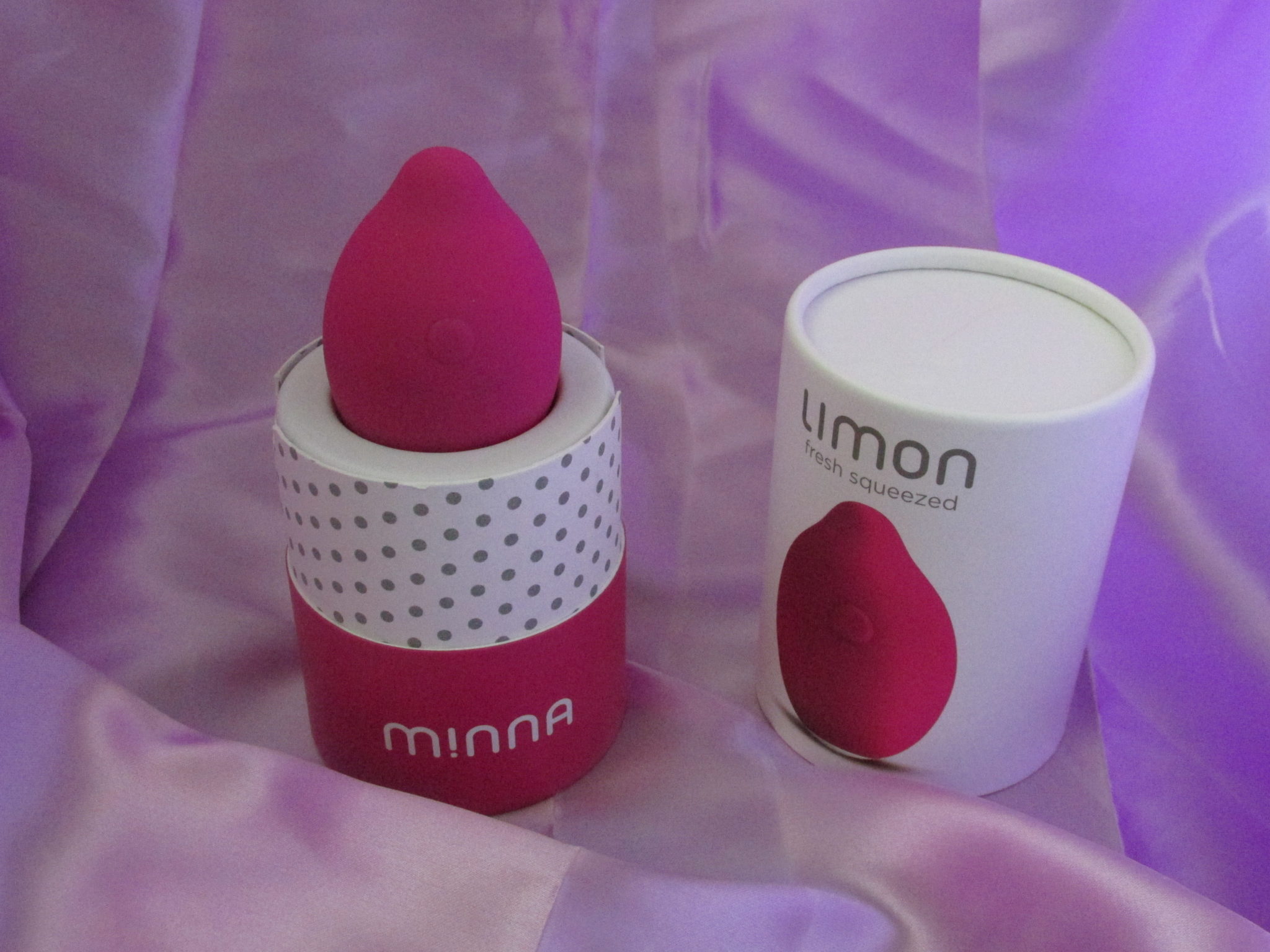 Pros – Nice packaging, somewhat strong vibrations Cons – Vibrations are more in the body, vibrates the hand. Did nothing for me.
7.4

Time for the review

Ah! Minna Limon, I am so disappointed in you. I had such high hopes, and I wanted so badly to love you; but I just didn’t, at all.

Charging the toy is incredibly easy, you simply plug the USB into a computer or a wall socket adapter – once it’s on the charging base rotate it until the magnets ‘snap’ into place. Once it is correctly connected the Limon will do one of two things; the light will either blink to let you know it’s charging or it will stay lit up (This is when it is fully charged). As I said, charging couldn’t be simpler, however the light that blinks is so flipping annoying. It’s so bright, bright enough IMO that it could be used as a night light. If you need discretion then don’t leave this charging on your side table, because the beacon of light isn’t exactly subtle.

Limon, lighting the path for allI really like some aspects of this toy, there are things that are done so well, and others not so well. One of the features I really like is how it lets you know that it’s low battery and needs to be charged. When you turn the vibrator on it will light up and then pulse, the number of pulsations indicate battery level. If it pulses once (or doesn’t pulse at all) it is low battery, twice is medium battery and three times indicates that it’s at full battery. I like this a lot, it lets me know ahead of my wank if it’s going to be slow, patient session; or a rush to the finish line. It’s a really nice feature.

The Limon is made from silicone which is ‘pumped up’, this created your squishy vibe. The idea here is that you squeeze the vibe and dependant on how hard you squeeze will determine how strong the vibrations will be. It all sounds good… In theory, in practice however it annoyed the shit out of me.

How about the performance

The vibrations are rumbly, so that’s a good start, and it is quite powerful; however the harder I squeezed the stronger the vibrations would vibrate… my hand! Look at the shape of this thing, I know where I’m thinking the vibrations would be concentrated, and if you’re thinking the same thing, it’d be the nub  right? That small protruding tip… Wrong. The vibrations are all around the thing and honestly they seem stronger in the middle than they do at the nub. My hand was vibrating so much, that I was only focused on that, and how I didn’t like the sensation at all; because I spent this time concentrating on the vibrations that were currently annoying the shit out of my hand, I couldn’t feel anything on my clit. I found that every single time I used this setting I got pissed off, in fact I ranted about this so much mid wank that my OH burst out laughing and suggested that I’d probably like this more as a kegal exerciser than a vibrator. He’s not wrong, I probably would enjoy the squeezing technique as a kegal exerciser – I’d kegal the fuck out of that thing (Something Minna have now made).

Clearly the squeezing wasn’t working for me! but luckily the Minna Limon has a record feature, that lets you record your own patterns – I don’t like patterns, so I recorded the highest setting so I could just use that, without squeezing. I thought this would go well, but it just didn’t. The shape is just too rounded and the nub at the end just isn’t pronounced enough to give me the direct stimulation that I require.  Even without squeezing the vibrations where still mainly concentrated around the middle, so my labia got most of the vibrations, with my clitoris just being left out.

I wanted so badly to love this toy, I’d lusted after it for quite a while, but it just didn’t work for me. I liked it being used on my nipples, and being gently dragged across my skin; but in its quest to give me orgasms it failed – quite badly, I didn’t even manage to squeeze out a small pitiful one.