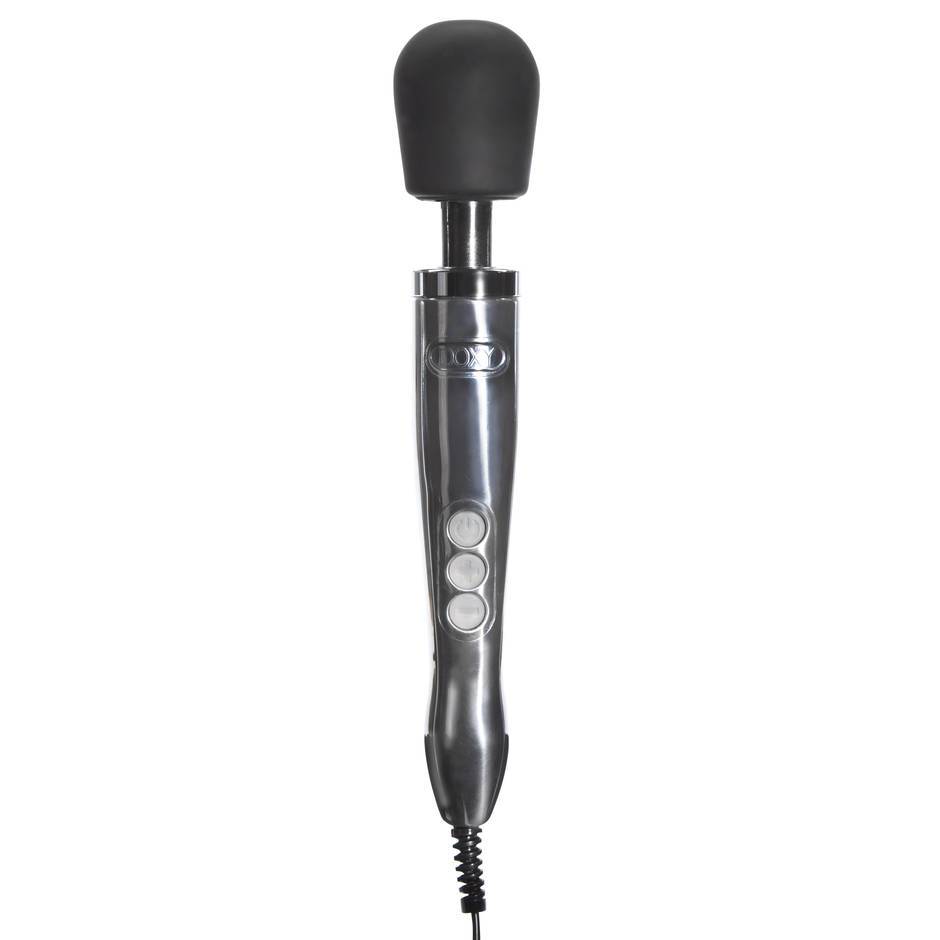 A post from a colleague of mine who will be posting here over and over with reviews of the toys he utilizes, or toys that can sometimes be sent to him for honest feedback. This is Doxy Diecast’s review.
Enjoy.

Lo and behold, I’ve been provided the sex toy world’s Mercedes Benz, winner of the 2016 Best New Female Product is the Doxy Die Cast, of course. I believe this is the best thing I’ve ever got in the mail other than my degree, no joke. Some portion of me do not feel worthy of reviewing the Queen of Orgasms, but I will humbly try if you bear with me.

The handle is produced of a sexy aluminum / titanium alloy that provides a strong, sturdy feel to the wand. The head is produced of silicone of the highest medical grade. I wasn’t joking when I said that this was the greatest sex toy. Taken from the Doxy website: “The body is made of a polished aluminum / titanium alloy made in our Cornwall foundry using a high pressure (550 tons) injection, cold chamber die casting machine.” Now I don’t know what 550 tons of aluminum casting pressure means, but now that Doxy hasn’t cut any corners, it’s a premium, luxurious sex toy. Which brings me to…

The Doxy came in a simple white box of cardboard. Inside there was a light gray rectangular hard case with a fabric of diamond pattern. A big zip was running down the length of the case and I opened the case to show the snug Doxy nestled in foam. Removing the Doxy from the case felt a mythical sword unsheathing, and I was anxious to use it. The weight was the first thing I noticed. The Doxy Die Cast’s rough weight is 830 grams of which the handle is a large amount. From what I read the head is the same size as other Doxy’s that enables attachments to be cross-compatible.

I asked my partner if she was interested in checking with me on the Doxy. She showed sensible interest… meaning that when I opened the case, she almost ripped my arm off. We lubbed the Doxy’s head with water-based lubricant to begin with, plugged it in and switched it on. The Doxy has about halfway down the handle 3 buttons. They are comparatively big, and when plugged in, they light up which makes control very simple.

There are eight alternating velocity settings ranging from “ooh, beautiful” to “oh crap,” and we tried them all. My partner preferred the reduced usage settings because that’s how she rolls as even the low doxy settings are still high compared to other toys.

The ergonomic handle of the Doxy was also very useful during sex when using the Doxy. I suggest a doggy style as it leaves the clit free to put the wand on. Fun fact: I felt the vibrations quite obviously in my partner and it was incredible. Oh, she also enjoyed it.

We had other wands before, the wired wand of Lovehoney did the job for a while, but the head is quite a rigid material and the control can be easily knocked. I also looked at the Tantus Rumble that just didn’t have the authority and the head was a bit broad. So the Doxy just blew them out of the water after trying both of them. Honestly after using the Doxy, I wouldn’t go back to another wand.

My partner liked the Doxy very much, even as a masturbator, allowing her to climax rapidly in elevated environments or build up to a toe-curling, leg-shaking orgasm in lesser environments. The Doxy’s bondage applications are great, especially when my partner was tied and exposed, unable to move and the sensitivity I could play with. One easily forgotten but vital feature is the long-ass wire, which is so long that it denies the problem that wired wands have, which is that sometimes they can’t reach certain areas of the bed, or they have to be angled in a certain way.

A real feat of style and engineering.

Okay before I got the Doxy I was on the website of Doxy and it was mentioned that the Doxy could be used as a massager. It’s been a running joke for me since I watched Sex and the City never use a neck massager on the neck, but damned if I didn’t attempt. I pulled my back at the gym and thought “why not” and let the Doxy massage my partner’s back. It’s fantastic. The vibrations are steady and profound, and I would definitely suggest the Doxy as a straight-up non-erotic massager after you arrived with it like a hurricane. Try it anywhere on your painful thighs, shoulders.

Doxy is very simple to clean. There are not many locations to accrue for the lube, so I just washed the head and handled it before and after use with an intimate wipe, and I had no issues. I don’t expect the aluminum / titanium alloy to tarnish or rusted.

I believe you understand what I’m going to say. The Doxy is amazing. I enjoy that. I do. I do. The Doxy rules its field, and I’d be scoffing at any challenger that claims to defy it. The Die Cast price tag is £ 159.68 which is a lot of cash, but you pay for the best. If you’re only able to buy one sex toy and you’ve got £ 160 lying around, get the Doxy. You’re not going to regret that.

For future purchases, you should know that the Doxy Diecast is experiencing a slight change in appearance, the handle will no longer be buffed into a shine, and will actually have a matte finish as seen in the picture below.

This item has been sent to me in return for MEO’s honest evaluation. All views belong to me. In this article, affiliate connections were not used.

Previous article
Review: Doxy
Next article
How the times have changed